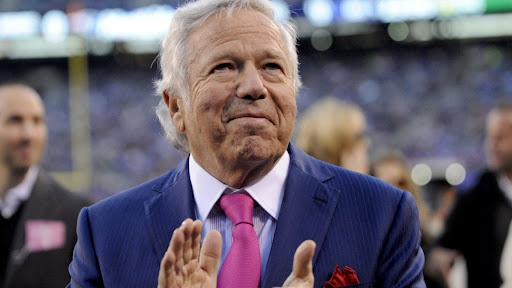 Robert Kraft bought the New England Patriots not to build his wealth but to turn the team into what he thought they could be. This is because, before anything else, he was an ardent supporter of the franchise. When he recently pointed out the fact that the Patriots hadn’t won a playoff game since 2019 at the NFL Annual Meeting in Palm Beach, FL, it made some wonder what he was planning to do for the future welfare of his team and the many, many fans they’ve managed to convert over the years.

His comments made people want to know how Bill Belichick would use his resources and skills to hire coaches and get everyone up to speed. We’ll look at why Kraft will continue with Bill Belichick and what it’s likely to mean for the upcoming season and beyond.

Bill Belichick: One of His Smartest Decisions

Of all of the moves that Kraft made when he was in power, hiring Belichick has to be among the smartest. However, there’s no such thing as perfection, not even in Foxboro. The lag between the last win ramping up to the Super Bowl and today is a gaping chasm for the results-oriented Kraft. When interviewed, Kraft said that he expects success on the field for next season, though he largely remains patient with the progression of his players and the coach at the helm of it all.

In 2021, Kraft made headlines for investing $160 million in free agents. Today, he’s saying that he trusts Bill Belichick to build the staff and lead the players to victories — and this is true even if he doesn’t quite know what’s going behind the scenes. In Florida, he admitted that he told reporters the exact direction being taken was still something of a mystery to him.

One lesson that all successful leaders have to learn is to put faith in their employees. Bill Belichick was not only experienced enough to land the job, he also had the talent and dedication to pull off some serious wins during his tenure. While Kraft will be closely monitoring the situation to ensure that Patriots are getting the expertise they deserve, that doesn’t mean that he’s planning to scrap all of Belichick’s hard work only to have to start over again with a new strategy.

A Path Nearly 30 Years in the Making

The journey that Kraft took to get to this moment has been epic, and not many would have predicted that the entrepreneur would ever get this far. In 1994, when he bought the Patriots, the team had a record that made its previous owners want to sell the franchise to other cities. Seeing them relocated would have crushed his spirits, and he refused to take it lying down. Kraft is an octogenarian today, but he remains every bit as committed to the Patriots as he did the day he bought the team.

Today, the team has 6 Lombardi Trophies and holds the highest winning percentage, not just in football, but all professional sports. In the first five seasons, he owned the team alone, the team made it to the playoffs four times. They even made it to the Super Bowl in the third season. These early successes and later phenomenal wins illustrate some of the frustrations that people are feeling with the Patriots’ most recent performances. However, there’s reason to believe that this is nothing more than a blip in an otherwise upward trajectory.

Tapping Into the Culture

For Robert Kraft, every decision he makes is a part of a much bigger plan. To see the larger potential of the Patriots, something that many of his predecessors couldn’t do, he had to understand the fans. As someone who attended games with fervor and appreciated the team on a deeper level, he could see how he could use the culture of football in his town to create enthusiasm for a franchise that deserved it.

There’s a reason why it didn’t take him long to start turning things around, and it was because he could leverage what was already there and then add his own acumen to the mix to turn the team’s success up as high as it could go. His decision to trust Belichick is just another in a long line that has proved to keep his team on the right track. The fans have certainly learned to appreciate the process.

Sport or sports are all forms of usually competitive physical activity or games which, through casual or organised participation, aim to …